Eco-friendly ways to protect the Dutch coast: Building with Nature around the Eastern Scheldt 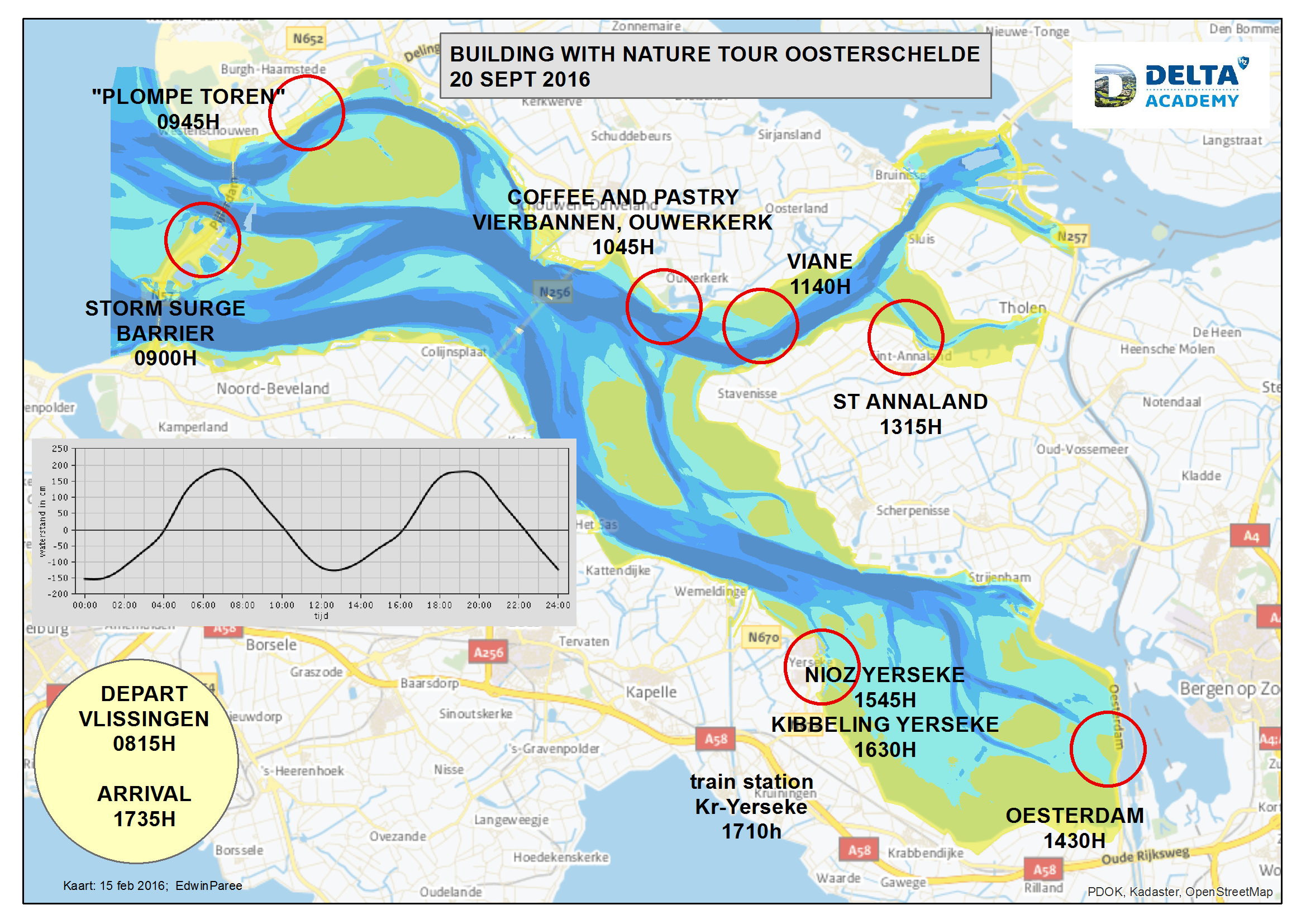 Our tight scedule with many interesting stops

At 8.15 we were all ready to go. Our backpacks filled with lunch, rubber boots and dry socks. We took off from Vlissingen to our first stop: the Eastern Scheldt Storm Surge Barrier. This barrier was designed after the flood in 1953 to protect the Eastern Scheldt from flooding again. The most interesting thing we learned is that a major dam like this is not always the best solution, because it can lead to changes in the surrounding environment. 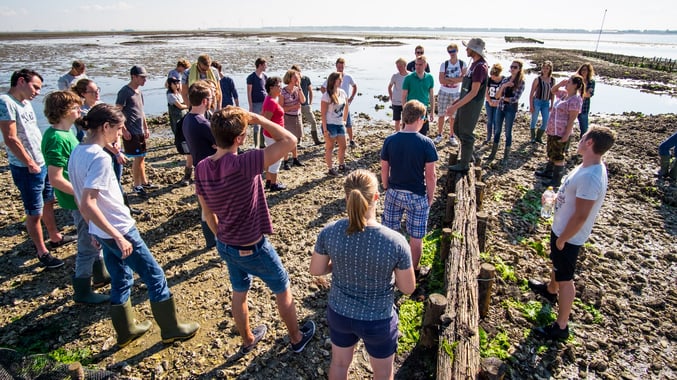 The group at the mussel beds in Viane. © Edwin Paree

We made a minor stop at the ‘Plompe Toren’. In the tower we learned about the history of flooding on the island Schouwen – Duiveland. After a short coffee break with a delicious piece of apple pie we travelled further to Viane where we first needed our rubber boots! They definitely came in handy while walking over oysters and walking through the water to the mussel banks. The research carried out here focuses on the growth of mussels.  As a bonus we got the chance to taste oysters and seaweed, all fresh from the sea!

Our next stop was in Sint- Annaland, where we looked at the reinforcement of the dike. Different types of blocks were used that are more eco-friendly. Because of the nice, sunny weather some of us decided to take a quick swim before moving on. 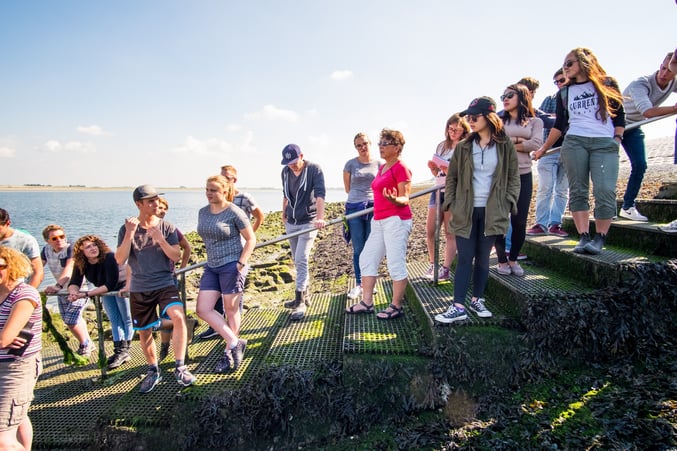 On the Oysterdam our rubber boots got covered in a new layer of mud while walking through the water to the oyster beds. The oyster beds protect the dikes against wave action, but also stabilizes sand in sand banks. As a positive side effect it increases biodiversity by attracting species. 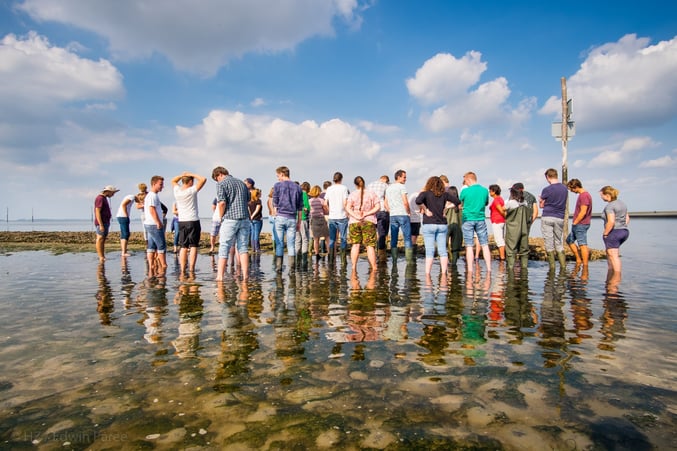 Learning about the Oysterdam. © Edwin Paree

One of the companies also involved in this project is NIOZ. NIOZ is an institute that is doing applied scientific research on important processes in delta areas, coastal seas and open oceans. We visited NIOZ in Yerseke where we attended a presentation about their research, which was interesting and also very helpful for our research assignment. Last but not least we went for some fresh kibbeling to fill our stomach after a long but fun day in the field.

Thanks to the research group Building with Nature for letting us join this fun and interesting day. We have seen a lot of different projects and received useful information for our research assignment.

Eva & Ymke We are second year water management students from the Netherlands, specializing in Aquatic Ecotechnology. Growing up in the province of Zeeland, water is part of our history and we would like water to be a part of our future.