For centuries the Netherlands is known for their water expertise.  Not only are the Dutch famous for the waterworks in their own country, but Dutch companies work hard to improve safety, gain land and advise in current water problems all over the world. Also in the heart of the Middle – East; Dubai!

In the case of Dubai, the Dutch company Van Oord created the 2 most famous artificial peninsulas in the world: palm Jumeirah and The World, and will also realise the  Deira Island in the near future. These special ‘islands’ were made at the shoreline and are mainly used for living and recreational purposes. The three palm islands can be accessed via the mainland. 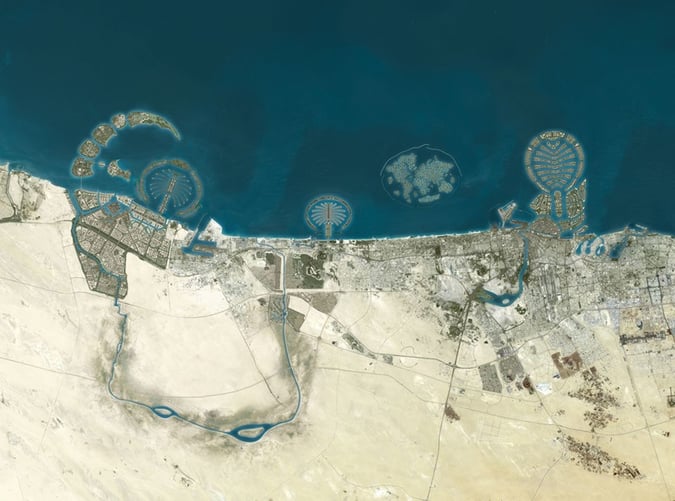 This peninsula was designed by a company called Nakheel of the Dubai’ government. Yet the Dutch engineering company Van Oord carried out its realisation. The palm has 16 branches and is surrounded by a round breakwaters. The island is 5 by 5 km and it creates an extra 72 km of shoreline to the Dubai coast. The first villas and apartments on the palm were taken into use in 2006.

The plans for Deira island have changed a few times due to the turbulent economic periods around 2008. At first, the idea was to build it as part of the other palm island, and it would have been named Palm Deira accordingly.  In 2013 the plans became more definitive. Now known as the Deira Island, it consists of 9 small islands, and will be mainly used for resorts and hotels. By 2020 at least ten hotels should be in use for the 2020 World Expo in Dubai. The island is still under construction and similarly to other islands, created by dredging techniques of Van Oord. 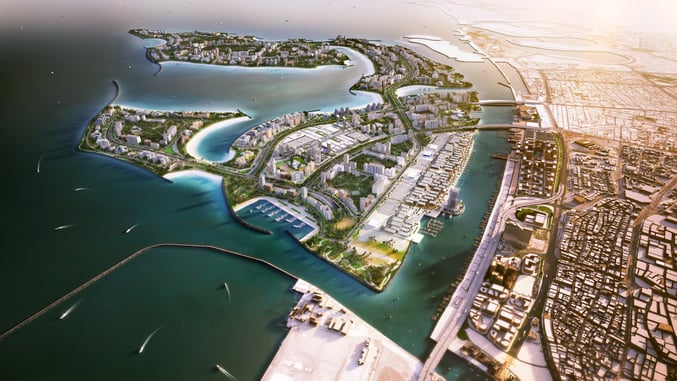 An impression of the Deira Island (via van Oord)

This project resembling our world is the largest dredging project ever and has the largest breakwaters ever built. For the realisation of The World, 32 million tons of stones were needed and 3 million cubic metres of sand were sprayed on each week. In 2008 Van Oord finished this immense project, also designed by Nakheel. 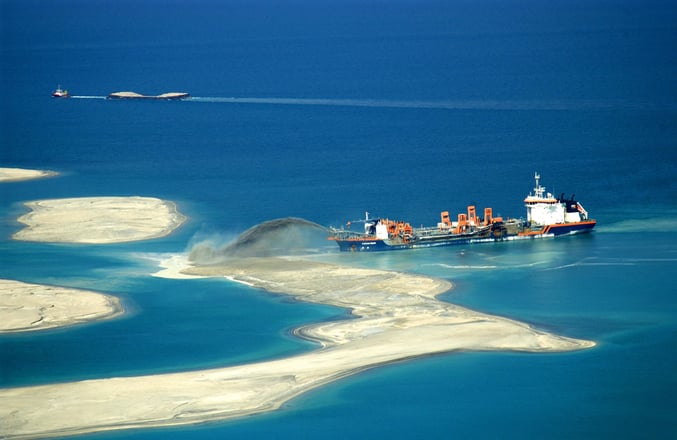 Dredging ship from Van Oord, spraying sand on an peninsula

Would you like to be part of similar projects in the future? Discover the Civil Engineering and Water Management programmes at HZ that open your door into the Dutch water expertise!

Ivory A Dutch 2nd year Water Management student, specialising in Aquatic Ecotechnology. While enjoying the experience of studying in an international environment, I am also very passionate about my home province Zeeland.

5 Reasons Women Should Pursue a Career in Civil Engineering

What is the Impact of Climate Change on the World's Waters?