Barbara Oomen has been the Chair of the Executive Board of HZ University of Applied Sciences since 1 June. "It feels like meant to be."

Barbara was Dean of University College Roosevelt (UCR) from 2012 to 2016. She enjoyed being a board member. "I wanted to continue in it, but teaching and research also continued to attract me." After she was succeeded as Dean by Bert van den Brink, she taught at UCR and Utrecht University and worked in Florence at the European University Institute. The last period before her appointment, she worked from an old city monastery in the centre of Middelburg on the Cities of Refuge project she set up. This project investigated how cities deal with refugees.

Last year, she started thinking about her future. "During the Christmas holidays, I spent a lot of time thinking about it. Shortly after that, a recruitment agency called me. Whether I was interested in the position of chairman of the board at the HZ? 'Just for form' she said she had to 'think about it for a while', but she knew the answer immediately. "In recent years I've been called more often, but that was always for a job outside the province. I don't want to leave here. Besides, for years I've been impressed by the developments that the HZ has undergone. With that phone call, everything fell into place."

Her friends and acquaintances did not find her switch to higher education strange. "There were some professors who frowned, but anyone that really knows me understands. At UCR, I always wanted to connect with society and have opened the doors to the world outside. I think that connection with the outside world is very important. The HZ has that as a basis, especially with the themes of water, energy and vitality. These are subjects typical for Zeeland. There are a lot of interesting questions surrounding these themes and we can do a lot of good things.

UCR and HZ have been working together for years. "I have always looked at the HZ with admiration and am impressed by the strategic choices that have been made. That applies, for example, to the management model in which cooperation and shared responsibility are paramount. I also think it's clever that the HZ has been judged well for so long and is doing incredibly well in the eyes of the outside world. The construction of the Joint Research Centre Zeeland (JRCZ) at Het Groene Woud and other plans have given everything an extra boost. This will enable us to retain talents in Zeeland and hopefully attract new ones."

As far as Barbara is concerned, the personal character of HZ stands out. "The importance of that is reflected in all the stories about HZ. At UCR, I wanted to know the name of every student. That will not be possible at HZ, but I want to find ways of maintaining that personal connection. If I have a long day of meetings about figures, I still plan on spending half an hour walking through the school, so I can see the enthusiasm of the students and lecturers and talk to people."

Barbara’s arrival comes at a time when HZ has a new institutional plan. It feels as if she could have written it herself. "If you had put me in charge of making such a plan for a higher education institution, I would have come up with something like this myself. I fit this plan one hundred per cent, the ambitions and mission to contribute to a better, sustainable world and that we focus on the Sustainable Development Goals. We have to translate this great ambition into everyday practice, in the province but also at HZ. For a study programme such as Water Management it is clear, but what does our mission mean, for example, for Commercial Economics? We have to think long and hard about that."

She thinks it is important to propagate the social relevance of HZ everywhere. "We have to keep showing what great things are happening here. That way you attract other people. There are also countless opportunities because of the societal transformation. As a personal college, an institution that is small and agile, we can anticipate on what is coming and seize those opportunities."

Barbara wants to contribute to an environment for education, research and work that is vibrant and thriving. "In doing so, we can make good use of all digital knowledge we have gained in recent years, but nothing beats being able to look each other in the eye. That's the beauty of a small-scale environment like HZ." 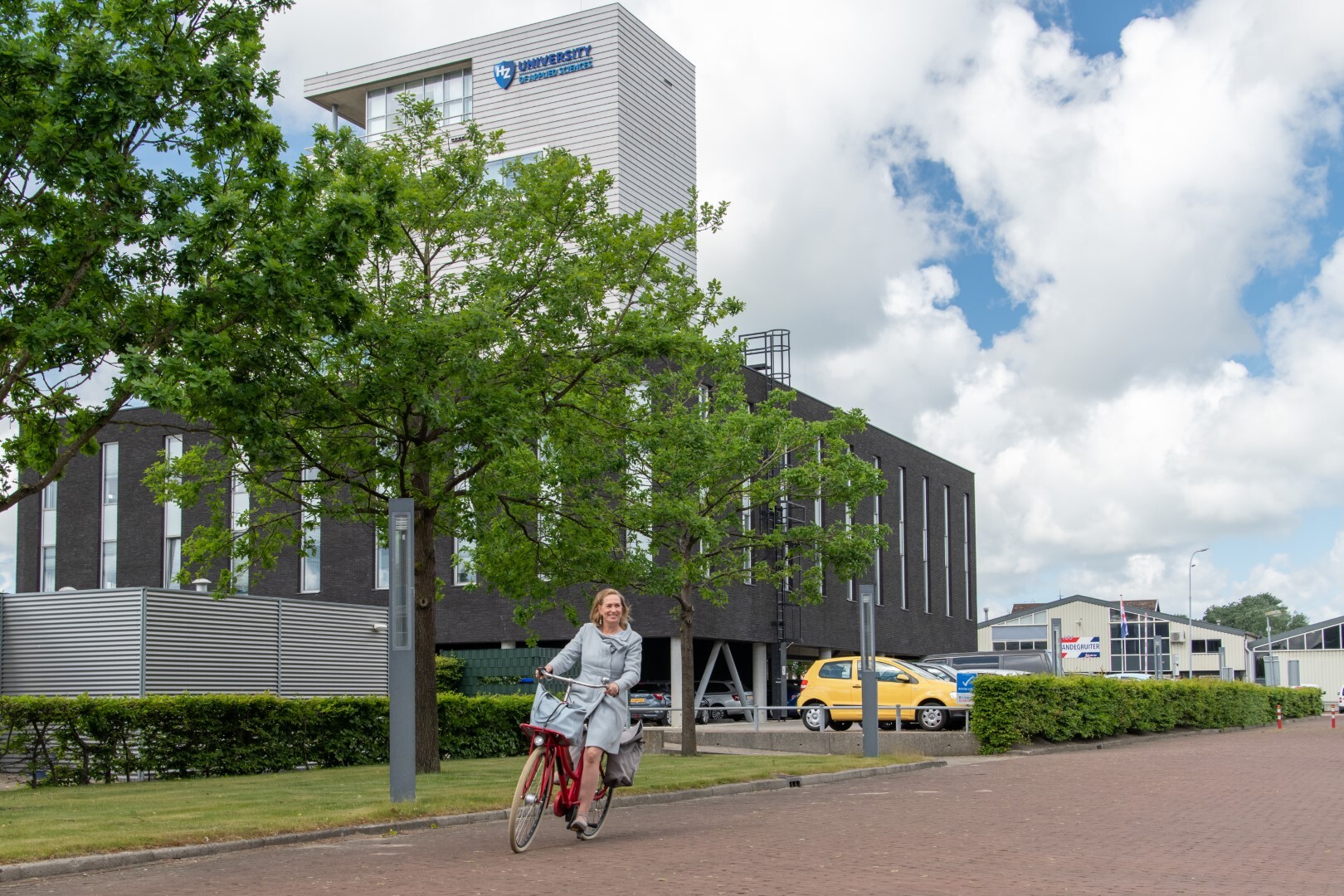 Who is Barbara Oomen?

After graduating from the gymnasium in Haarlem, studies in Political Science (cum laude) and Law at the University of Amsterdam and acquiring her PhD, which she also completed with distinction, Barbara Oomen held numerous positions in scientific education. Her last position as Professor of Sociology of Human Rights at Utrecht University she continues for a few hours a week, because she wants to continue to supervise PhD students. In addition to her work, she has always held many additional functions and has developed social activities. For example, she advised nationally on the strategic agenda for higher education and was a member of the jury of the Comenius Prizes, and in Zeeland she was involved in the Green Deal Zeeland, among other things, she is a board member of the Roosevelt Foundation and a former member of the Zeeland Scientific Council.

Barbara is married to Herman Lelieveldt and has three teenage sons. How does she describe herself as president? "An enthusiastic, real connector. I want to bring people together," she says. "And I am well disposed to good education. As an administrator, you have to wake up every morning with the realization that everything you do that day is for the students and staff. I love learning immensely, so I'm eager to hear what my new colleagues tell me. I also enjoy working with John for another six months. From him I will learn an awful lot."

In her leisure time Barbara can be found in, on and around the water as much as possible. She loves sailing and surfing and swimming (both in summer and winter) in the sea. She also.enjoys Travelling (by train) "But I am devoted to Zeeland. Our province is beautiful. Zeeland is a great place to live, study and work. We can express that much more. I see a role for myself in this, as an ambassador and as a connector."