The Dutch Land: A Lifetime of Water Experience

Originally posted on November 19, 2016
Water is a powerful element. It can be the saviour of many problems, although it can also be seen as a villain. Environmental events such as drought, floods, hurricanes, tsunamis, and increased sea levels are affecting people all over the world.

How can we deal with these problems? Solutions need to be found as soon as possible to prevent increased risks to the population. There is where Dutch knowledge and experience can help us.

The Netherlands has a history with water that goes back centuries. This country, placed in a delta area has been battling water since its early days. The land is mainly situated below sea level, meaning a higher risk of flooding - both coastal and inland.

A large part of the Dutch landscape is actually reclaimed land. In order to have dry terrain where people could safely live and farm, previous wetlands were dried out using windmills. Canals were created to guide the water to rivers or to the sea. Dykes were then constructed around the reclaimed areas to provide protection against future flooding due to intense rainfall. 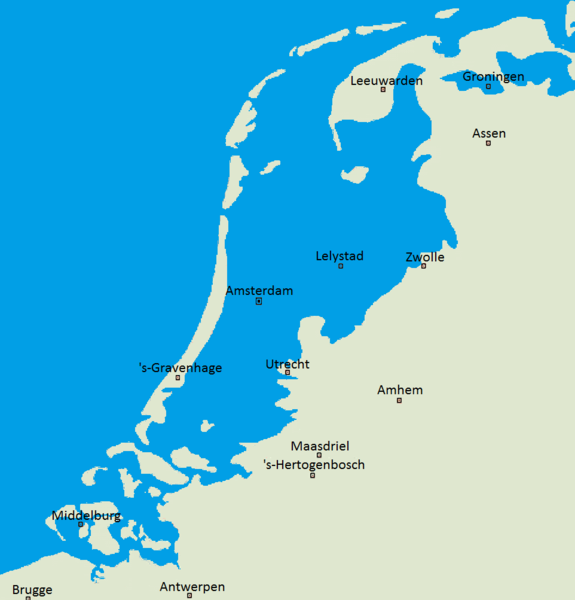 The Netherlands without dykes

Devastating environmental hazards have affected this country various times throughout history. Some of the remarkable events are:

In spite of offering a safe investment and settlement conditions for locals, embankments along rivers have been enforced and coastal protection with dams and barriers has been improved over time, often triggered by major flood hazards (Dutch Water Sector).

Spatial developments and water management are closely related to the Dutch Delta: the safe delta and its excellent (water) infrastructure further stimulated economic developments and vice versa. Increasing flood protection and fresh water supply were further developed. The increasing number of people living and economic activity in the delta area, as can be seen all over the world, is the propellant factor. 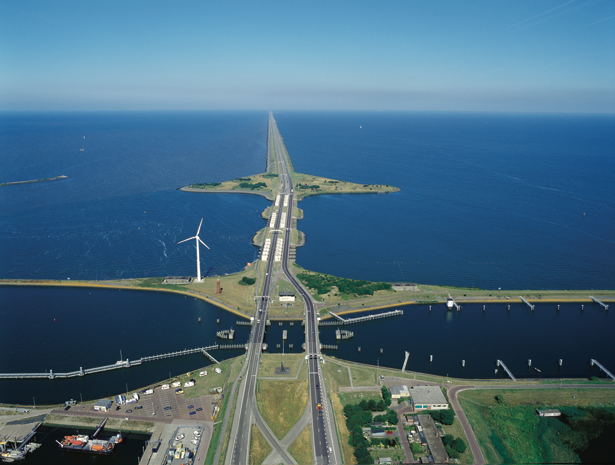 Lock on a dyke construction in Zeeland, The Netherlands

Enabling life with water is the Dutch approach. Using water in our favour in a sustainable and innovative way. This concept is in permanent development and it is adaptable to all cases and situations, once every situation is unique!

Some examples of the Dutch Approach put to use all over the world are:

Wondering about current projects and future innovations in the field of the Dutch Approach? Subscribe our blog and keep informed about the ongoing projects and the future of the water sector development.

Sullen I'm a 2nd year Civil Engineering student at HZ. I'm from Brazil and I came to the Netherlands to become an expert in water matters. I am super excited to share my experiences with you all!

Eco-friendly ways to protect the Dutch coast: Building with Nature around the Eastern Scheldt